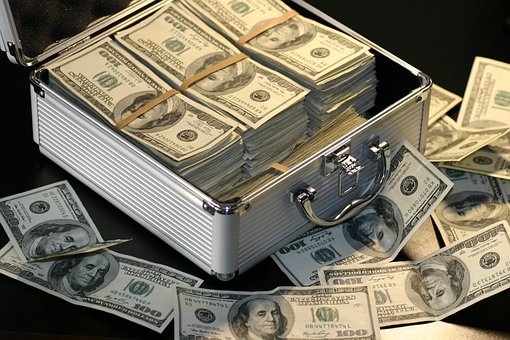 Through out our life at least one’s we think that  Who is the No 1 richest person in the world?, Who are the trillionaires in the world?, How many billionaries are there in the world?.There so much legendary work ethics, and Breakthrough ideas, Hard work, Dedication behind their success to become the world’s richest people.
The following are the Top 5 richest people in the world 2020:
1. Jeff Bezos
2. Bill Gates
3. Bernard Arnault
4. Warren Buffett
5. Mark Zuckerberg

Jeffrey Preston Bezos was the world’s richest man in the world 2020.Jeff  Bezos was born on January 12, 1964 (age 56) at Albuquerque, New Mexico, U.S. Jeff Bezos is an American Business man, Investor, and Philanthropist.Jeff Bezos was the founder of Amazon and Blue Origin.His spouse name is MacKenzie Tuttle married in 1993 and get divorced in 2019 and he has 4 children.
At first Amazon was began as an Online Book store and has since expanded to a wide variety of other E- commerce products and services.Amazon was currently the world’s largest online sales company and the largest internet company by revenue.Among that Amazon was the world’s largest Web services arm and AI assistance provider.

William Henry Gates III was the second richest man in the world 2020. William Henry Gates III was the Co-founder of world’s  biggest software company Microsoft. He was born on October 28, 1955 in seattle, Washington, United states.Bill gates was born to Bill gates Sr. (Father) and Mary Maxwell Gates (Mother).Bill Gates is an American business magnate, Software Developer, and Investor.
Bill Gates married Melinda Gates in 1994 and he has 3 children.Bill Gates with his childhood friend Paul Allen Co-founded Microsoft in 1975 in Albuquerque, New Mexico.In 1987 Bill Gates was listed as a billionaire worth of $ 1.25 billion in Forbes Magazine’s 400 Richest people in America.

Bernard Jean Etienne Arnault was the third richest man in the world 2020.Bernard Arnault was born on 5 march 1949 (age 70) in Roubaix, France.He was an Freanch Billionaire.Bernard Arnald was an French Business man, and an Art collector.He was the chairman to LVMH the world’s largest luxury-goods company.

Bernard Arnault was married Anne Dewavrin  in 1973 and divorsed in 1990 and at 1991 married Helene Mercier and total he has 5 children.Bernard Arnault was admitted to the Ecole Polytechnique in Palaiseau from which he was graduated with a M.Sc, degree in 1971.

Warren Edward Buffett was the fourth richest man in the world 2020.Warren Edward Buffett was born on August 30, 1930 (age 89) in Omaha, Nebraska, U.S.Warren Buffett was studied his Bs in University of Pennsylvania and he completed his Ms in Columbia University.He was an American Business man, Investor and Philanthropist.
He was born to Howard Buffett (father) and Leila Stahl Buffett (mother).His spouse was Susan Thompson married in 1952 and died in 2004 and got married in 2006 by Astrid Menks and he has 3 childern.Buffett was acquired a textile manufacturing firm called Berkshire Hathaway, since 1970 he was the largest share holder in Berkshire Hathaway.

Mark Elliot Zuckerberg was the fifth richest man in the world 2020.Mark Elliot Zuckerberg was born on May 14, 1984 in White Plains, New York, U.S.He was the co-founder to the Facebook one of the leading social media network.His parents are Karen (mother) and Edward Zuckerberg (father).His mother was a psychiatrist and his father was a dentist.
He was an internet entrepreneur and he was studied at Harvard University.Mark Zuckerberg launched the Facebook from his dormitory room on February 4, 2004 with his college rommates.His spouse was Priscilla Chan married in 2012 and he has 2 children.Mark Zuckerberg was the youngest billionaire in the world.